Together We Will Bridge The Skills Gap

Many university students in the UK are not being skilled for industry, which leaves the country with a dangerously expanding skills gap. According to recent research, apprenticeships could be the answer to help bridge this gap.

In recent years university degrees have ceased to meet the skills requirements of many industries, in fact, according to research conducted by the Chartered Institute for Personnel and Development (CIPD), 58 per cent of university graduates are not currently in graduate jobs, a percentage exceeded only by Greece and Estonia.

In his speech to the Universities UK Annual Conference in September, Universities Minister Jo Johnson stated: “Official statistics show that in fact only 20 per cent of recent graduates did not find a graduate level job within 3 years of leaving college.”

David Harbourne, Acting Chief Executive of the Edge Foundation, disagrees: “The same official statistics cited by the Universities Minister show that, after accounting for non-working graduates, around half of all 2011 graduates failed to get a graduate-level job within three and a half years of completing their degree.”… He went on to say: “…many of these ‘graduate level’ jobs in the official statistics can be accessed by people without degrees, who have vocational qualifications or who have worked their way up via an apprenticeship.”

The story for those completing apprenticeships is very different, however. According to official statistics updated in March this year, (Key facts about apprenticeships), the UK government predicts: “After finishing, the majority of apprentices (90 per cent) will stay in employment (including 2 per cent self-employed), with seven in ten (71 per cent) staying with the same employer.”… Furthermore: “Almost 9 out of every 10 apprenticeship employers hoping to achieve business benefits tell us that apprenticeships deliver – including 89 per cent reporting that it has helped their business improve the quality of their product or service.” 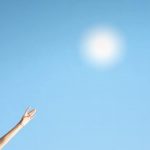